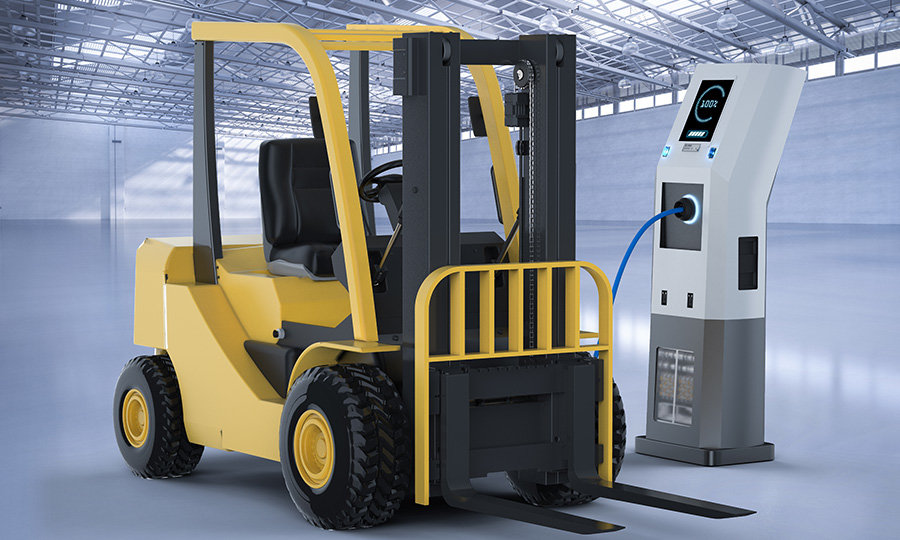 In the basic strategy for the realization of a hydrogen-based society, the government has set a goal of spreading 10,000 fuel cell forklifts in 2030.

Forklifts are indispensable transportation equipment for manufacturing industries and distribution warehouses, and are said to have a market size of about 1 million units per year in the world. There is a demand for about 10,000 units in Japan alone. In the future, it is expected that demand will increase more and more due to the development of e-commerce.

The problem with the fuel cell is that it cannot utilize regenerative energy, has slow response to load fluctuations, and accelerates deterioration by load fluctuations, but these disadvantages can be supplemented by loading a high-output auxiliary battery.

Lithium-ion capacitors have the characteristics of high rate current input / output characteristics, long life, and high safety, and can compensate for the weaknesses of fuel cells, which are high capacity but vulnerable to load fluctuations.