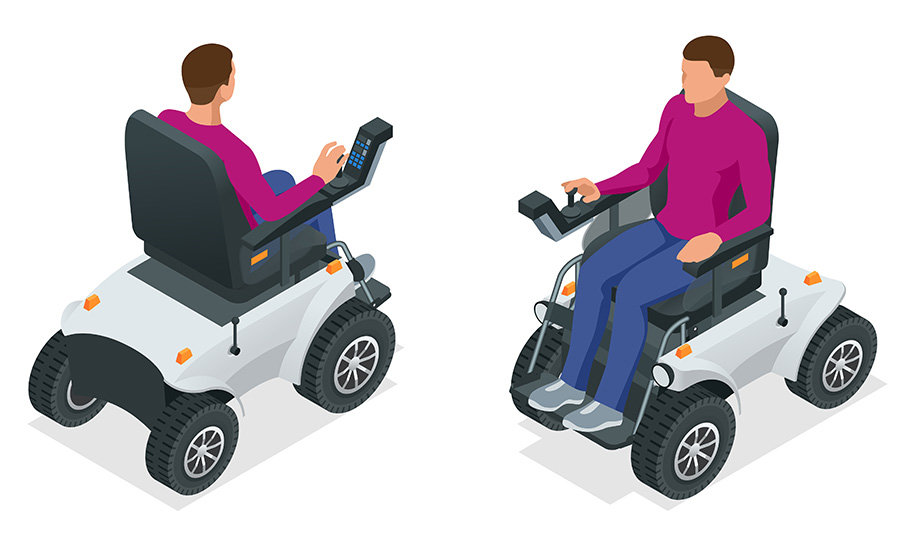 As Japan enters a highly aging society and the number of elderly people is increasing, the types of electric products targeting elderly people such as wheelchairs and nursing beds are increasing year by year. As each company announces new products one after another, its diversity and convenience are also improving.

In fields other than long-term care, the number of devices that support the activities of so-called healthy elderly people is increasing. For example, the Ministry of Economy, Trade and Industry is supporting the promotion of the spread of electric wheelchairs, etc. from the viewpoint of not only encouraging the movement and activities of the elderly but also reducing accidents caused by driving a car.

In addition, the number of car accidents caused by the elderly has been increasing in recent years, and the demand for electric vehicles for seniors (so-called senior cars) that do not require a driver's license is also increasing.

Lead acid batteries and lithium-ion batteries are often installed in the energy storage devices of electric mobility devices such as electric wheelchairs and electric walking aids for the elderly.

On the other hand, even in the press release of the Consumer Affairs Agency, there have been many reports of accidents caused by malfunctions of lithium-ion batteries such as electrically power assisted bicycles and built-in chargers. When we think about using such mobility equipment by the elderly, it is an urgent issue to secure the safety of elderly users, who may find it difficult to respond to fire cases or unforeseen situation.

In addition, in the case of lithium-ion batteries and lead acid batteries, it becomes necessary to replace them after a certain period of time, but in addition to the problem that it is difficult for the elderly to handle due to the heavy weight of the batteries themselves, it is also difficult to determine the replacement timing. There is also the problem that maintenance costs and labor for replacement and repair are required.

Against these backgrounds, lithium-ion capacitors have been attracting attention in recent years as storage batteries that can be used with peace of mind because there is little risk of ignition and there is almost no need for repair or maintenance from the perspective of convenience.

Lithium-ion capacitors have features such as light weight, long life, and high safety, and then can meet the requirements for medical and long-term care equipment.